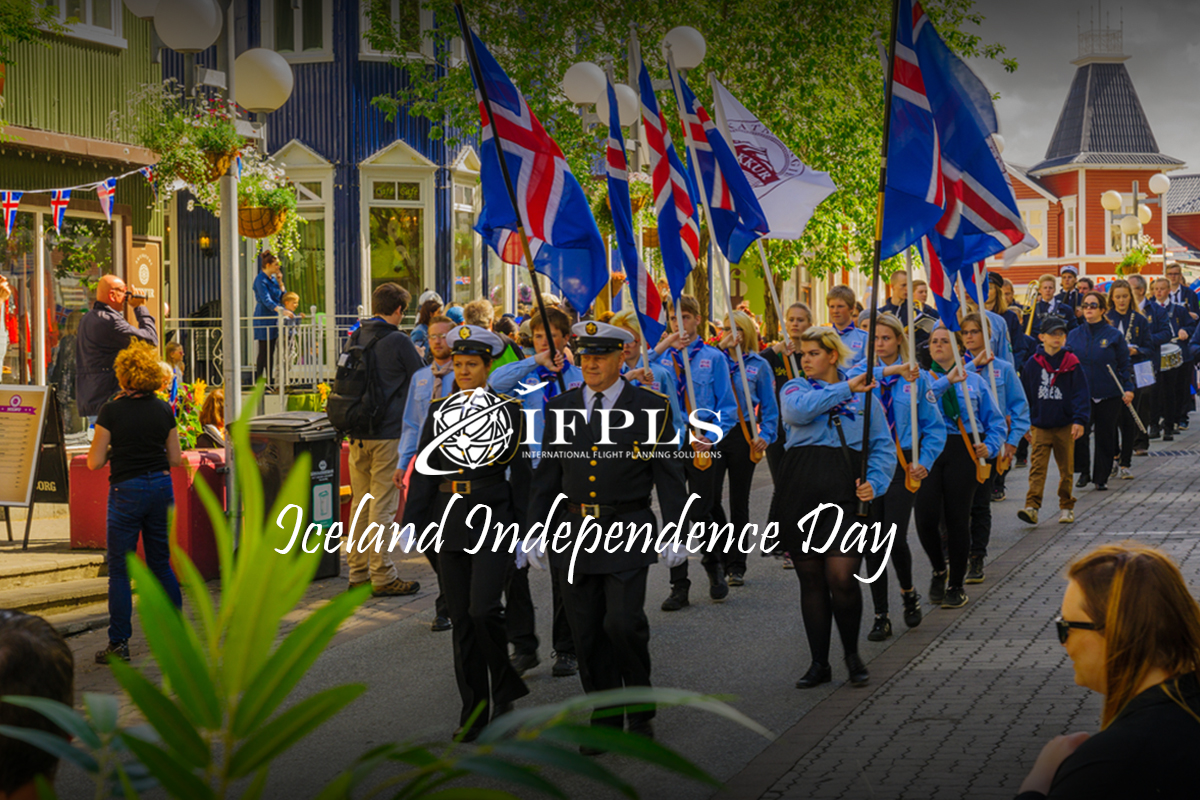 Born from the sea, it is home to Europe’s first parliament. Iceland today 17th June is celebrating a very special day. Back to 1262, Iceland lost its independence to the Norwegian crown and later became a Danish colony in 1380, but in 1944 the country gained its independence. The date was chosen to coincide with the birthday of Jón Sigurðsson, a major figure of Icelandic culture and the leader of the 19th century Icelandic independence movement, who fought hard for Iceland to gain independence, although he was not around when it finally came. So Happy Birthday Jón.

Each year one woman is selected to be the 'Lady of the Mountain', that serves as the female incarnation of Iceland. She dresses in the national costume and leads the parade, before reading a poem by the statue of Jón Sigurðsson at Austurvöllur square, where the parade ends. Icelanders celebrate this holiday on a national scale. The celebration traditionally takes the form of a parade through each urban area with a brass band at the fore. Riders on Icelandic horses often precede the brass band and flag bearers from the Icelandic scout movement traditionally follow the brass band.

An Ideal Location for Investors and a Business-Friendly Environment:

Iceland is located midway between Europe and North America. This North Atlantic island has an area of 103,000 km2. It is world-renowned for its economic advancement, social stability, and technological innovation, and is continually ranked as one of the preeminent societies on Earth. Keflavik Airport near Reykjavik is Iceland's principal international airport, with daily flights going all over the world. Flight duration is 2.5-5 hours to Europe and 5-6 hours to the United States (East Coast) and Canada. The US government has identified Keflavik airport as one of several candidate airports to bring in US foreign preclearance customs and passport controls. Should the United States give such authorization, passengers travelling from Iceland would be able to clear US customs and passport control at Keflavik International Airport.

To add, Iceland’s corporate income tax of 20% is one of the lowest in Europe and among the OECD member countries. For more than a decade, the government has tailored packages of measures to fit wage contracts negotiated in collective bargaining between employers and unions.

What’s note mentioning is that Iceland has an extensive Free Trade Agreement (FTA) with China, signed on April 15, 2013. Combined with Iceland membership of the common European Market, its ideal location between North America and Europe, as well as an advanced business environment and infrastructure, this FTA opens new opportunities for investors seeking to export to the world fastest growing market.

Interested in visiting Iceland or start a business there? it’s time to choose your ideal partner both in the sky and on Ground.

IFPLS is pleased to offer its services in Iceland aiming at supporting your business or touristy needs. We offer the following services: #Ground_Handling #Jet_Fuel #Permits #Accommodation #VIP_Services in all Iceland Airports below:

We wish Iceland a very happy National day full of pride and joy.